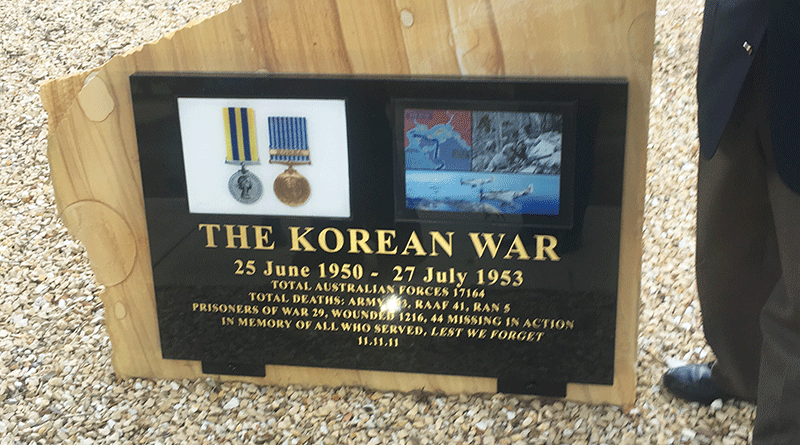 MORE than 80 community members gathered at the South Arm RSL in late October for the official unveiling of the long-awaited South Arm Memorial Park.

Brought to fruition through the hard work and dedication of the South Arm RSL Sub-Branch, the new park builds on the original Wall of Remembrance, which was constructed in 1996.

The new park includes a memorial wall of the Centenary of World War One, a Korean War memorial, a F-11C tail fin, an artillery gun that was used in Vietnam and a mural depicting various Defence Force scenes from each of the three service arms.

Officially opening the park on behalf of Premier Will Hodgman was Liberal Member for Franklin, Nic Street.

Mr Street said it was important to preserve the memory of those who had fought and died in defence of our country.

“Tasmanian men and women have served our country in many of Australia’s conflicts and peace-keeping missions since Federation in 1901,” he said.

“The development of the park is a tribute not only to our serving men and women and those who have gone before them, but also to the community of South Arm and the members of the South Arm RSL Sub-Branch and Community Club who have worked hard to make the Memorial Park a reality.”

South Arm RSL Sub-Branch vice-president Mike Gallagher said the South Arm Memorial Park project was a “gift” to the community and that the official opening was an important event in the Sub-Branch’s history.

“The unveiling of the Korean and Vietnam memorials was particularly special,” he said.

“Fixed into sandstone, the two memorials showcase coloured images of both conflicts recessed into polished black granite, with all wording etched in gold and finished in laminated glass.”

Mr Gallagher said the event also acknowledged the “tremendous support” of the park’s sponsors with the unveiling of a large plaque at the entrance to the Memorial Park.

“The response we have received from RSL members and the wider community, including interstate guests, has been very positive and the Memorial Park is now seen as a significant landmark on the South Arm Peninsula,” he said.

Caption: One of the newly installed plaques that can be viewed at the South Arm Memorial Park. 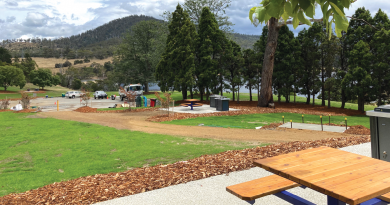 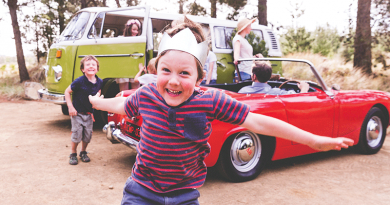 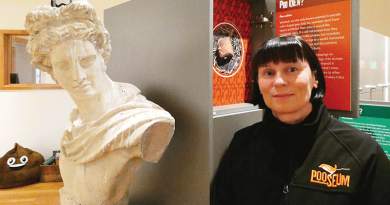