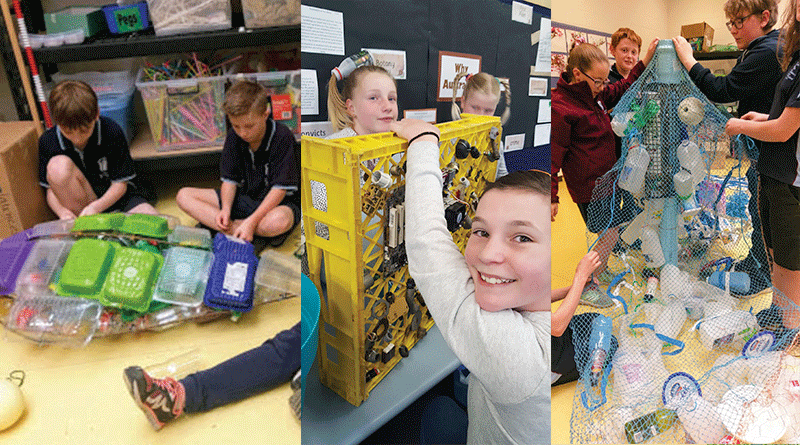 LIMEKILN Point Landcare Lindisfarne has joined forces with Eastern Shore primary schools to create a waterfront sculpture trail made from recycled plastics that pollute our waterways and impact wildlife.

The sculpture exhibition, ‘Riverside Recycled – A Student Sculpture Trail’, is to celebrate the landcare group’s efforts in improving a section of the public walking and cycle path along the foreshore of the Derwent River in Lindisfarne.

“It was very overgrown and there were a lot of basic weeds,” Limekiln Point Landcare convener Sue Wilcox said.

“It’s much tidier than it used to be as we’ve replanted native species of plants and trees.”

Over the past few months, two artists have been working with the seven schools by running workshops and helping the students create their sculptures.

“Our artists Deb Vogel and Helen Creese from ReCreate have been excellent with their enthusiastic involvement with the students,” Ms Wilcox said

Ms Wilcox said the aim of the exhibition was to engage not just students, but everyone with the problem of overuse of plastics in our environment.

“We wanted to raise awareness about the problem of plastics in our environment and that we should all use less if we could,” she said.

“We also thought it would be a good way to show the improvements we’ve made to the area, as well as promoting walking along the track.”

Ms Wilcox said the students had been working hard on the project over the past term and had been really enthusiastic.

“They are really into it and really keen to do something about it,” she said.

“They’ve been great and have been very involved in the whole project.”

The trail will run from the end of Paloona Street northward along the public walking track following the Derwent River for 400 metres.

The exhibition opens on 2 November at 2pm and will remain in place until 28 November.

Caption: Montagu Bay and Lindisfarne North primary schools are among a number of local schools to get involved in a student sculpture exhibition in Lindisfarne. 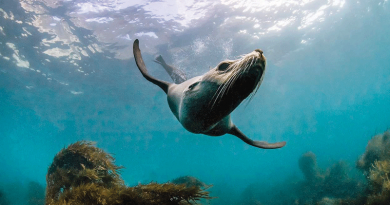 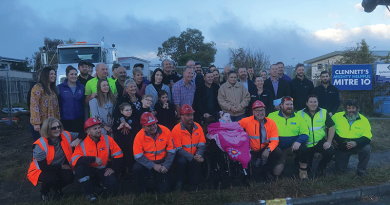 Doing it for Skylar 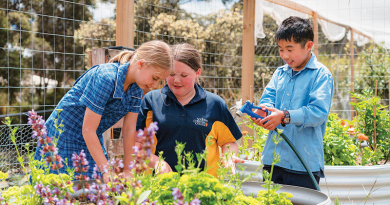