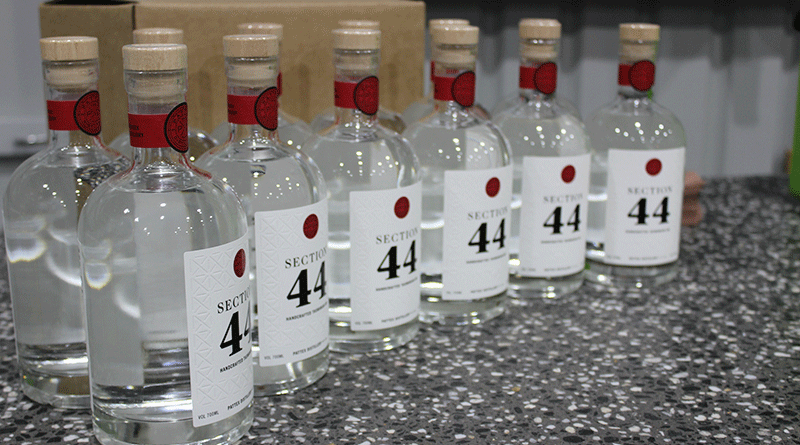 AS part of its initiative to engage with the local business community, the Rotary Club of Lindisfarne visited Pattex Distillery in Cambridge.

Pattex partners Raj Singh and Stephen Parry explained the distilling process to the visiting Rotarians and offered samples of their products including their recently released Section 44 gin.

The gin was named after the section of the Australian Constitution that forced Mr Parry’s resignation as a Senator in 2017.

Indian cuisine was served for dinner at the event, catered by Your Mini Mart Indian Grocery, which is another emerging business that was recently established in Bayfield Street, Rosny.

Lindisfarne Rotary Club president Mike Patten said the club was focussing on creating ties with the business community because many businesses had been hit hard by the COVID-19 pandemic.

“Helping support and promote local businesses, particularly emerging businesses, through these difficult times is one of the ways we can serve the community in line with Rotary’s mission,” Mr Patten said.

While the COVID-19 pandemic also had a big impact on many community organisations, the Rotary Club of Lindisfarne has still achieved strong results.

The club celebrated its successes, including an almost doubling of its membership in the past six months, at its changeover dinner in mid-July.

The Rotary Club of Lindisfarne meets at the Beltana Bowls Club at 6.30pm for 7.00pm every second Wednesday.

Caption: Pattex Distillery’s Section 44 gin, which was sampled by Rotarians visiting the distillery. 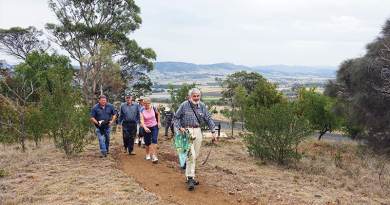 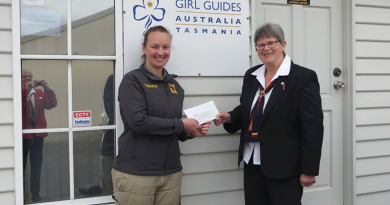 Devil of a time for former Girl Guides 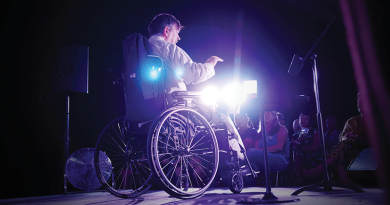