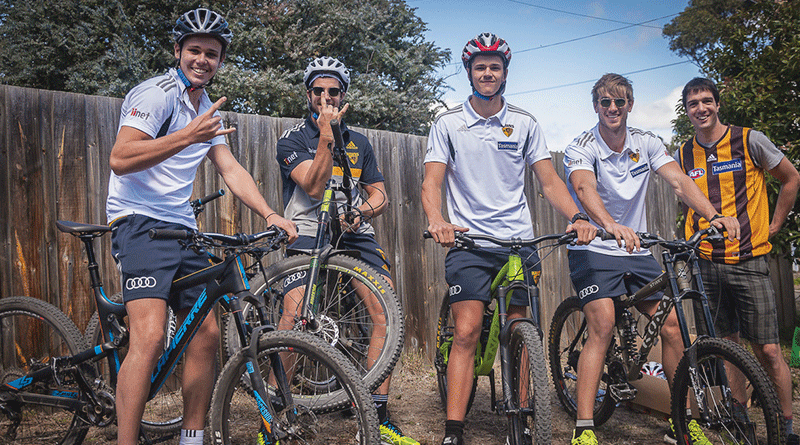 RISDON Vale is now home to a number of new mountain bike trails specially designed and built by young people in the community.

An initiative of the Risdon Vale Bike Collective (RVBC), the trails were officially opened by Liberal Member for Pembroke Vanessa Goodwin on Saturday 20 February, alongside players from the Hawthorn Football Club.

RVBC project manager Anthony Edler – who is the 2016 Clarence City Council’s Citizen of the Year – said the goal of RVBC was to work with and support young people to create riding areas and recreational spaces in Risdon Vale.

Mr Edler said the idea for the construction of the bike trails came from a group of local boys who were using their spare time to construct bush trails.

“We wanted to capitalise on that energy, but also felt they needed a bit of guidance and support to overcome some of the logistics of undertaking trail building,” he said.

“The trails took around five-weeks to complete, which was spread out over the course of a year.

“During that time more than 30 young people worked alongside professional trail builders to contribute more than 300-hours of their school holiday time to complete the task.”

The trails cater for a variety of ages and skills levels, with options progressing from easy to challenging.

Mr Edler said that working in partnership with professionals meant that Risdon Vale now had a “world-class” trail on its doorstep.

“There are also a number of benefits for those involved, including the opportunity to experience a professional work environment,” he said.

“Through this opportunity, the volunteers have gained the insight, confidence and skills which can be taken to any other job they choose.

“Contributing to such a significant community resource has also built self-worth, community pride and a sense of ownership of this resource.”

Ms Goodwin said the trail was a “fantastic addition” to existing recreational activities in the Risdon Vale community and complemented the BMX Bike Park, which was upgraded and opened last year.

“These new facilities encourage healthy physical activity and allow opportunities for riders of all abilities to explore Risdon Vale’s natural environment,” she said.

The RVBC is now working to implement a new project called Character Apprenticeships, which will enable Risdon Vale youth to develop the character traits and attitudes to empower them to build the best possible future for themselves.

“These Character Apprenticeships will provide avenues and opportunities for young people to be mentored, nurtured and encouraged in a positive environment,” Mr Edler said.

“Through facilitated sessions, activities and camps based on the medium of bicycles, they will gain numerous opportunities to reflect on their personal values, their identify and assumptions.

“We are also currently working on a small skills area to complement the dirt jumps and pump track we built last year, as well as continuing to work weekly with young people restoring and selling second-hand bikes.” 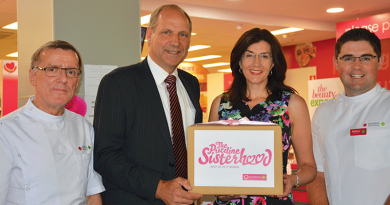 Care packages a welcome gesture for those fleeing violence 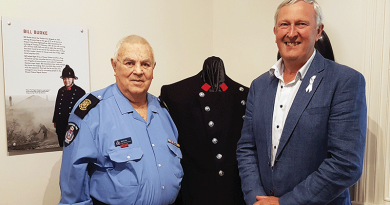 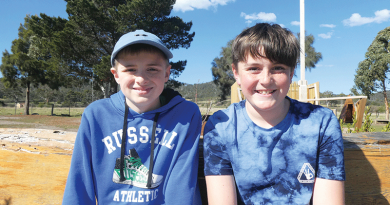