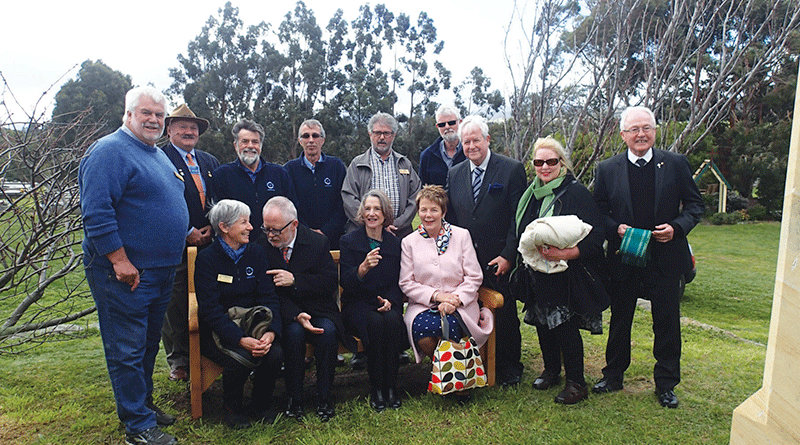 A SEAT in Richmond that commemorates an Irish convict-turned-soldier and his family was unveiled recently at St John’s Church.

The construction and building of the seat was sponsored by the Rotary Club of Lindisfarne.

Henry’s grave is near the entrance to the church.

The seat was unveiled by the Governor of Tasmania, Professor Kate Warner, in the presence of Ireland’s Ambassador to Australia, Mr Breandán Ó Caollí, his wife Ms Carmel Callan and Clarence Mayor Doug Chipman.

The catalyst for Rotary’s decision to fund the seat was a call to the club’s then president Peter Morgan by historian Reg Watson who had written a history of the life of Thomas O’Meagher.

O’Meagher was a famous Irish nationalist who was transported to Van Diemen’s Land in 1849.

He was responsible for leading the Young Irelanders in the Rebellion of 1828, which was a failed uprising.

Once in Van Diemen’s Land, O’Meagher lived in Ross, where he met governess Catherine Bennett.

They married and fell pregnant with their first son, however O’Meagher remained in contact with other exiled Young Irelanders.

In 1852, O’Meagher escaped, fleeing to America, where he soon after became a citizen.

While he was in America, Catherine gave birth to his son, Henry Emmet Fitzgerald Meagher, who sadly died at four-months-of-age.

A close friend of the family, Father Dunne – who was a former priest at St Johns Church Richmond – buried Henry in the cemetery.

Thomas O’Meagher never had the opportunity to see his son.

“The strong family connection to Richmond is through the family’s infant son Henry, and their relationship with Father Dunne of St Johns,” Mr Watson said.

“The seat is dedicated not only to Thomas Francis Meagher but to his family as well, including wife Catherine and son Henry.”

While in America, O’Meagher fought in the American Civil War, rising to the rank Brigadier-General.

O’Meagher later became acting Governor of Montana before he passed away in 1867, his death still remaining a mystery to this day.

Dr Christina Henri said the significance of O’Meagher is his and his family’s relationship to Richmond and other towns along the Midlands.

“It was important that Richmond could afford an opportunity for people to sit and reflect on the life of baby Henry, buried in the lone grave beside the church,” she said.

Dr Henri is looking to get in touch with any Tasmanians who have connections to the O’Meagher or Bennett families – if this is you, she would appreciate your emailing her at cjhenri@iinet.net.au. 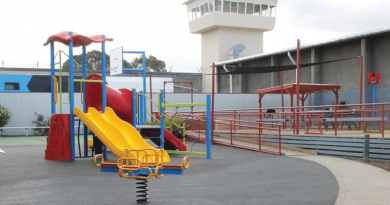 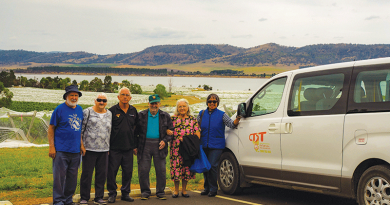 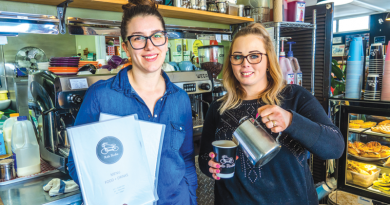