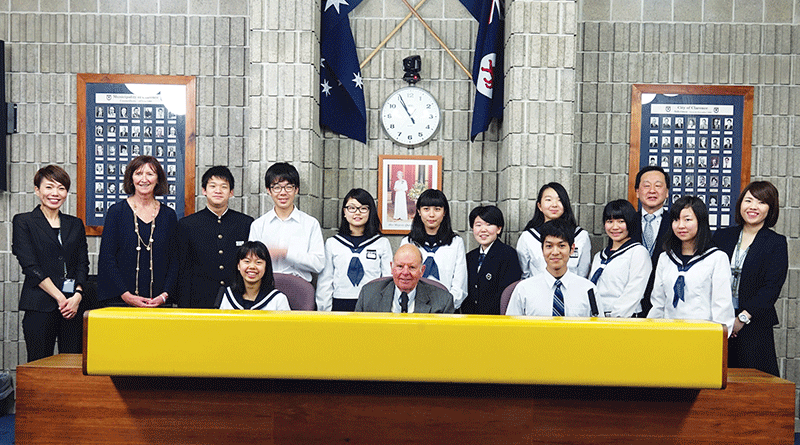 The Akkeshi students stayed in the homes of local students, allowing them to experience the Tasmanian way of life, while also attending classes at the school.

Also on the agenda for the Akkeshi visitors was a visit to the Clarence City Council offices, local site seeing and trips to Mount Wellington, Bonorong and Russel Falls.

Clarence Mayor Doug Chipman said international connections such as the sister city relationship with Akkeshi added to the cultural vibrancy of Clarence and its residents.

“This is now a long-standing relationship between the people of Clarence and Akkeshi and I hope to see it last long into the future for the benefit of both cities,” he said.

“I would like to thank Rose Bay High School for being a part of this valuable experience, and particularly the students and host families for their generosity and hospitality in providing a home away from home.”

This exchange is part of the sister city relationship with Akkeshi, which was established in1982 as a means for both educational and cultural growth.

The link between the City of Clarence and the City of Akkeshi can be traced back as far as 1831 and is built on both historical and geographical grounds.

Both cities are located on the 43rd parallel and have a close affinity with the surrounding waterways and aquaculture.

This link was formalized with a sister city agreement, signed in 1982.

For more information on the sister city relationship, visit www.ccc.tas.gov.au/sistercity.

Caption: Students from Akkeshi, Clarence’s sister city in Japan, visit the Clarence City Council offices as part of their trip to Tasmania. 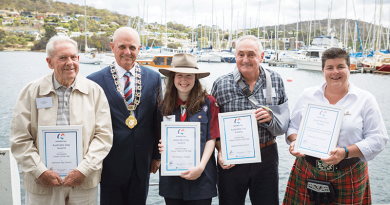 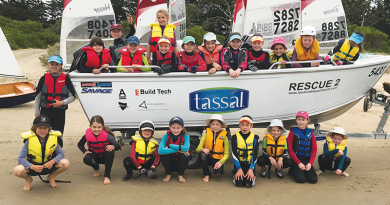 Lauderdale boating community pulls together for united cause 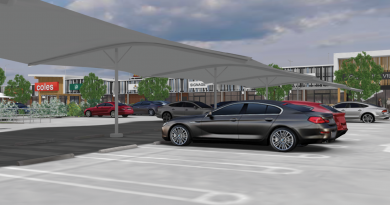