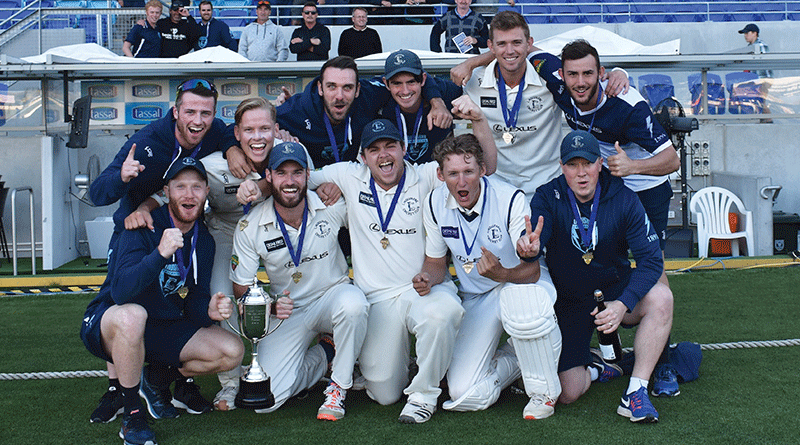 Lindisfarne did not look troubled at all throughout the match, bowling Clarence out for 209 on the first day.

After seeing out the final session of day one only two wickets down, captain Charlie Wakim and Tasmanian superstar Ben McDermott came out hitting to put the match out of Clarence’s reach.

Wakim scored 117, while McDermott broke a 35-year-old record for the highest individual score in a grand final with his unbeaten 217.

Clarence had no reply, calling stumps with one full day still remaining.

After his stunning performance with the bat, Mr McDermott was awarded the Roger Woolley Medal for Player of the Final.

Premiership captain Matthew Wilkie, who took figures of 4/35 with the ball, said it was a satisfying feeling.

“We have quite a big Eastern Shore rivalry with Clarence, so it was excellent to win a final and beat a very good team,” he said.

“It was a bit of a surprise because we didn’t expect to be finished on day two.

Wilkie said batting for long periods was something they needed to improve on before the final.

“There’s some very tired boys who batted for a long time,” he said.

“The bonus with all our state players, including Ben and Charlie, is that they’re so invested in the club and love playing for Lindisfarne.

“We’ve got a lot of young guys coming through and they got some good experience this year – I think this could really kickstart a good era for the club.”

Wilkie said there was amazing support from the club both during the game and in the celebrations following.

“We’ve got so many people around the club that help out doing everything from running the canteen, being on the board and helping cook food,” he said.

“That sort of support is awesome to have, and it definitely makes the club what it is.”

Despite falling short at the final hurdle, Clarence captain Harry Allanby said there was a lot of positives to take out of the season.

“We’re a really proud group and to make two grand finals in a row is a big achievement, especially with the club having all four teams in the final again, which we keep consistently doing,” he said.

“Some young kids are coming through, and some of the guys turning 25 and who are in their mid to late 20s can really step up to play that experienced role.

“We’ll just keep working and wanting to improve, and hopefully we’ll keep being a powerhouse club for the next two or three years.”

Earlier in the week, Allanby was awarded the CTPL’s highest honour, the Rodwell Medal for best and fairest player for the second year in a row.

“It’s an absolute honour to win it,” Allanby said.

“I had a decent year last year and backed it up this year, but I didn’t expect it to happen.

“I wanted to put the emphasis on playing a role with both bat and ball, which I’ve been able to do the last couple of years.”

This achievement puts Allanby in an elite category of players who have claimed back-to-back medals, including Mark Divin, Adam Polkinghorne and Ian Beven.

“There’s some pretty big names there and I certainly don’t look at myself as being in that echelon of players, so it’s always nice having your name float around with these sort of people,” he said.

“If something came up in the future it would be really nice to grab that opportunity, but I’m really happy playing with Clarence and for the team – it’s such a good place to be around.” 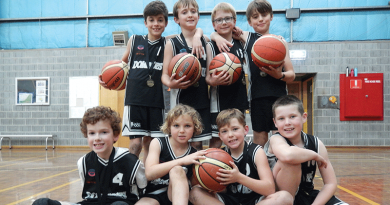 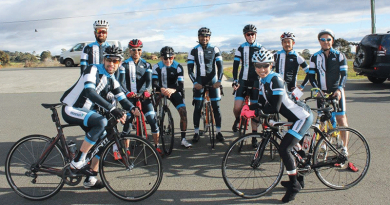 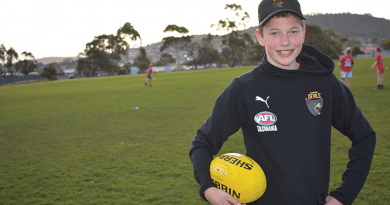