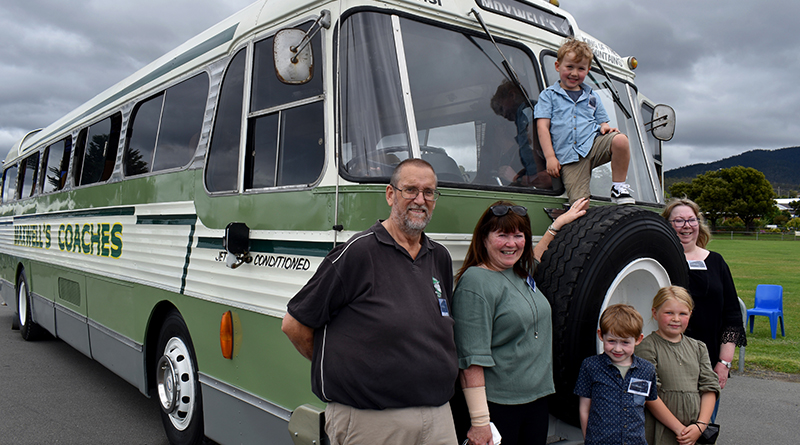 THE Maxwell family legacy in transport and tourism will continue through this rare, classic old bus, which has been lovingly restored to its former glory with the aid of the Tasmanian Community Fund (TCF).

The Tasmanian Bus and Coach Society received a $50,000 grant from the TCF to complete the restoration of a 1963 AEC Reliance bus donated to the Society in 2013 – one of only 11 such buses ever manufactured and believed to be the only one of its kind left in Australia.

Tasmanian Bus and Coach Society secretary and restoration project manager Neil Robins said the group had invested more than 1,000 volunteer labour hours into restoring the bus, which was operated by Maxwell Coaches at Wilmot in Tasmania between 1974 and 1992.

“Maxwell Coaches is well-known and highly regarded within the Tasmanian transport industry, with Dennis and his wife Jeanette having operated the Cradle Mountain service for nearly 50 years,” Mr Robins said.

“The Maxwell family made a significant contribution to the Tasmanian tourism industry and the development of tourism within the Cradle Mountain region.”

Eighty-four-year-old Dennis Maxwell was set to drive the restored bus at a big interstate event last year, but it was cancelled because of COVID-19.

“Sadly, Dennis passed away about a month after the event was supposed to be held,” Mr Robins said.

“The bus is really a tribute for Dennis’ family now.

“The bus has attracted attention from right across Australia, primarily because it is a Denning coach, which is well known in Australia for its coach building.

“Dennis was inducted into the National Transport Hall of Fame in Alice Springs in 2015 for his contribution to the industry, so everyone is keen to see how it looks because of that significance.”

The bus will be on display at events across Tasmania including the Devonport Motor Show, the Tasmanian Truck Show, the Launceston Motor Show and the South East Suns Truck Show in Sorell.

“Dennis would have been extremely proud of how it’s come along and all the work that everyone put into the restoration,” Dennis Maxwell’s daughter Anne Last said.

Dennis’ daughter Karen Maxwell said Dennis had a blast driving his bus on roads where nobody else would.

“Dad loved taking people up to Cradle Mountain — he just loved people and he loved showing them Tasmania,” she said.

“While the vehicle is unique in a national context, it is also very important to the Tasmanian transport sector given the role it played in transporting people to Cradle Mountain,” she said. 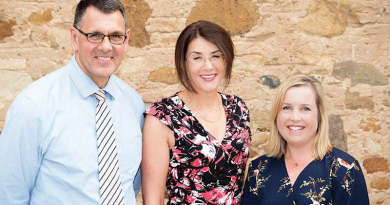 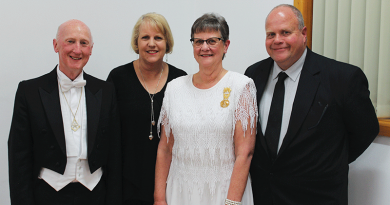 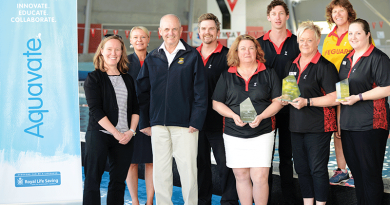