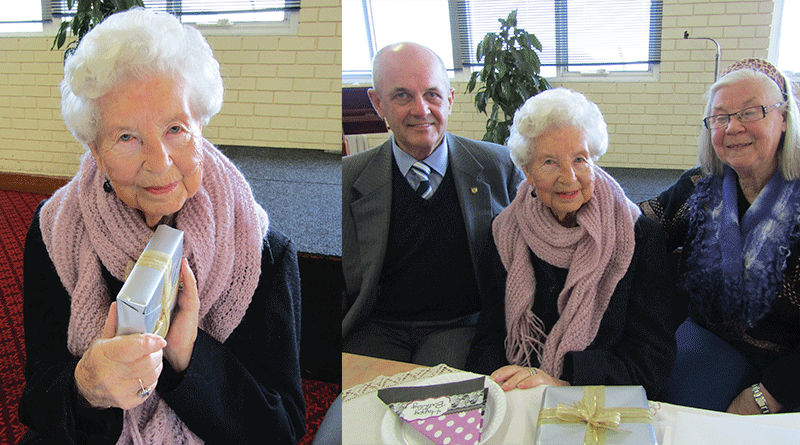 For her family and friends, however, it is the perfect occasion to celebrate the life of a bright and dignified lady who has become such a vibrant member of the Clarence community.

Lovingly nicknamed the “venerable old chook”, Mrs Smith celebrated her milestone birthday at a surprise get-together organised by the Howrah School for Seniors, of which she is a member.

Mrs Smith said she was “very surprised” about the party, which was held at the Howrah Recreation Centre, especially as she almost didn’t make it due to a leg injury.

“The Howrah School for Seniors includes such a lovely bunch of people and they did a wonderful job organising the event,” she said.

“I don’t feel any different turning 100 and quite frankly, I’m surprised that I’ve reached this milestone – I haven’t really done anything significant, I’ve simply grown and lived my life.”

She has been witness to many significant world events from the First and Second World Wars through to the coronation of the Queen of England.

Reflecting on her life to date, Mrs Smith said it was surprising how many “rotten things” she had experienced.

“I remember a hell of a lot of things, some of them awful, and when I look back I realise how I just put my head down and dealt with it,” she said.

“For example, I had my first baby during the “Blitz”, which was a German bombing campaign against Britain during World War Two.

“It wasn’t a lot of fun dodging bombs and running down to cellars when you were so tired, but it happened and you simply got over it.”

Mrs Smith said the highlight of the past century was seeing the coronation of the Queen.

“I watched the news of the Queen’s birth on television when I was 10-years-old and I have followed her throughout her life – I am very much a monarchist and always will be,” she said.

“My other main highlight was moving to Australia and I have been here so long now that I am truly more Australian than English.

“Coming out here with my family was the best decision I ever made.”

“Betty is our second member to reach 100 and she is such an astute, bright and dignified member,” she said.

“Over the years, she has shared many stories with us about what it was like living through the wars and I think it has made her very stoic, although she has retained her wonderful sense of humour.

“It’s an honour to know Betty and she is an inspiration to both myself and the members of the Howrah School for Seniors.”

Mrs Smith said she planned to travel to Byron Bay in New South Wales for a holiday.

For more information about the Howrah School for Seniors, phone Lynn Edgerton on 6247 9198.

Caption: Howrah resident Betty Smith celebrated her 100th birthday at a special event hosted by the Howrah School for Seniors. 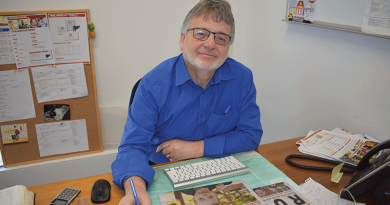 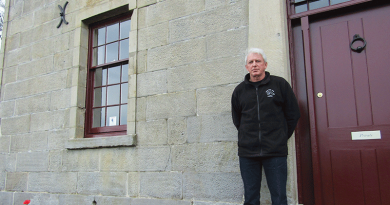 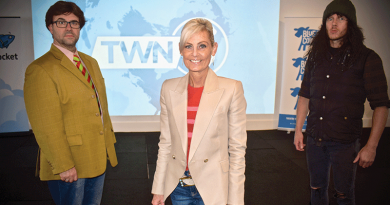