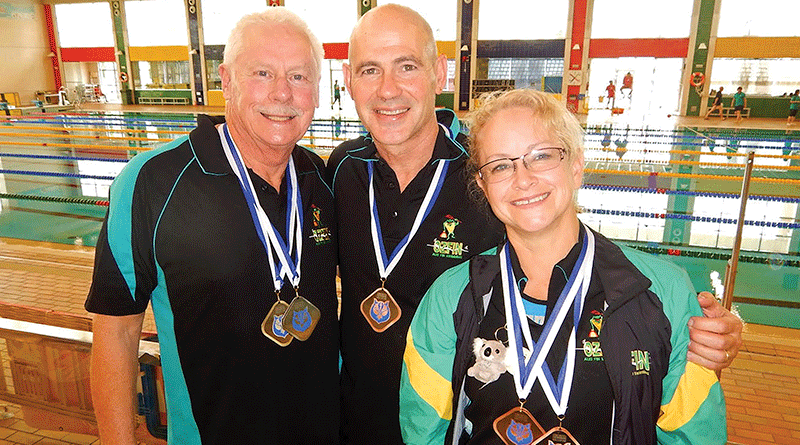 FINSWIMMERS from Hobart’s Eastern Shore have been recognised for their international success at the Masters World Cup, including one being named the Australian Underwater Federation’s Sportsperson of the Year.

Australia recorded its best result in an international event to date, finishing seventh overall in a field of 44 teams.

Eastern Shore swimmers were responsible for all the team’s medals – Lauderdale’s Lane and Stephenson both featured on the dais, while the Harmans, of Opossum Bay, both achieved personal best times.

But it was the team’s oldest member, 67-year-old Mr Hoppitt of Howrah, who really starred in Spain, winning gold in the 50-metre Surface and Breathhold events and silver in the 200-metre Surface race.

Mr Hoppitt is also the current holder of six national records in the 65-plus age category, and his achievements here and overseas were recently recognised by the Australian Underwater Federation – the governing body of underwater sports including hockey, rugby, scuba diving and spearfishing – who named him the national AUF Sportsperson of the Year.

“Tassie is one of the best states at the moment, we are more serious with it,” Australian team coach and Ozfin president Helen Lane said.

“The swimmers who are making Australian teams these days have been competing locally and interstate for 10 years or more, so they’re really fit and know what they’re doing.

“Finswimming is fast and graceful and more interesting than just swimming up and down the pool.

“Glenn has been doing finswimming for about 15 years, and over that time he’s had Australian records in every age group he’s been in.”

Mr Hoppitt was presented with a special plaque by the Minister for Sport, Jacquie Petrusma, at the Clarence Council Chambers on 15 February, with the rest of the Tasmanian team members each receiving a team badge.

They have now turned their attention to qualifying for the next Masters World Cup, to be held in Italy in June 2020.

To find out how you can give finswimming a try, visit www.ozswim.org.au. 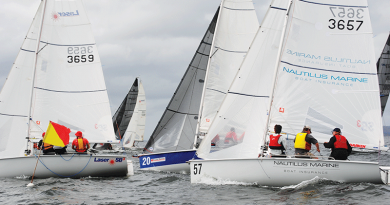 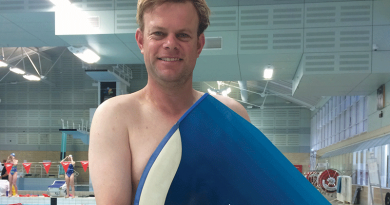 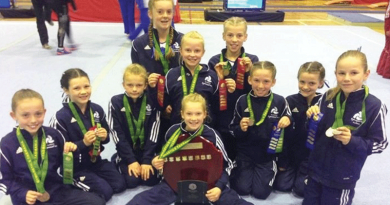