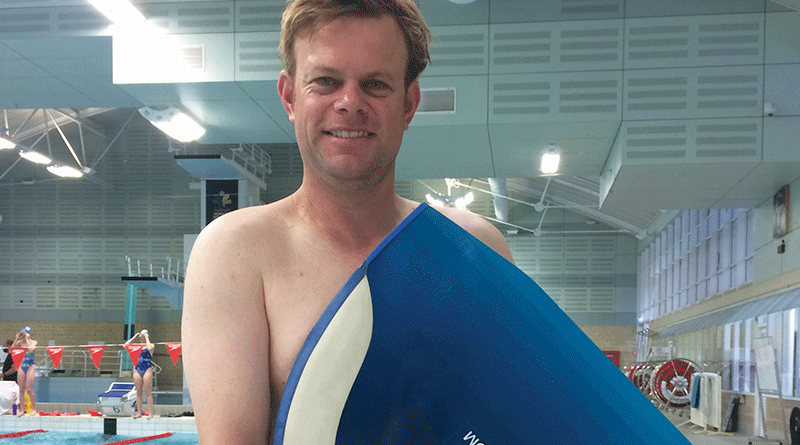 AFTER joining the sport of finswimming nearly two-years-ago, Rob Harman already has his sights set on gold.

Mr Harman’s times at the Australian National Finswimming Titles saw him qualify for the World Masters Games 2018 in all his events and achieve 10 record-breaking times for his age group.

“It was a very successful meet and many of the competitors have achieved their own qualifying times to compete at the World Masters Games in Spain later on in the year,” the Opossum Bay local said.

Mr Harman’s interest began when he attended an introductory finswimming meet hosted by the Tas Tridents Finswimming Club in 2016.

Finswimmers wear either a monofin or dual fins with goggles or a special mask and front fitting snorkel.

Competitors swim underwater or on the surface in a regular 50-metre swimming pool.

“To be able to swim at speeds similar to Olympic swimmers in the pool is truly a sensational feeling,” Mr Harman said.

“Competing at the World Masters Games will be amazing.

“I have already learnt so much this year and know I can still go even faster.”

“Rob has improved significantly since he started finswimming and his time of 1:59.88 for his 200-metre event at the nationals would have won him medal at last year’s Masters Games,” she said.

“It will be exciting to see him improve his technique and fitness.”

Caption: Rob Harman, of Opossum Bay, has set his sights on competing in the finswimming event at the World Masters Games 2018. 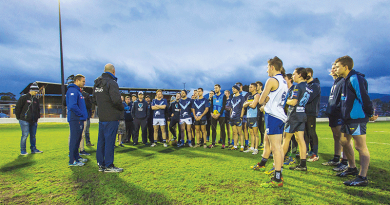 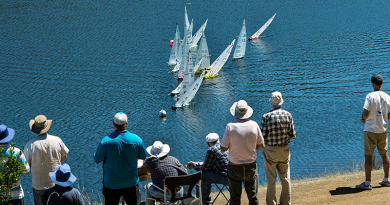 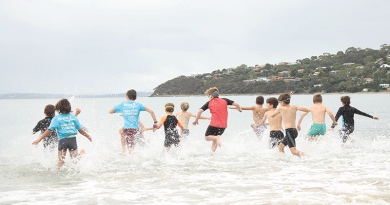 ROTARY Tasmania is helping ease the hardship of Tasmanians facing homelessness and insecure housing this winter by knitting blankets. Last

Clarence artists out in force