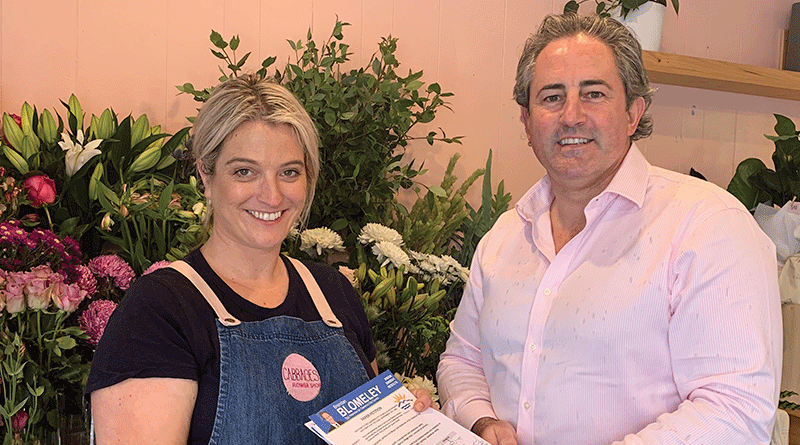 Ms Harris said she was concerned with the safety of pedestrians, particularly the elderly, attempting to cross roads in Bellerive Village – especially at the T section of Cambridge Road and Percy Street and the area in front of the carparks in Percy Street.

“I have witnessed many people of all ages, but particularly the elderly, having to quickly race approaching cars in an effort to get across the road,” she said.

“Even with the existing traffic islands on Cambridge Road, several of these have resulted in people tripping over and being taken into the pharmacy or doctor for medical attention.

“The area in front of the carparks in Percy Street is also a high danger area with many attempting to cross here to access the businesses in the Quay Building, the bakery and other services on the other side.

“Cars race around the corner, often as pedestrians are trying to cross when there is a small gap in the traffic.

“Over the years, I have had many of my customers and suppliers comment on how flustered they were after attempting to cross.”

To assist her campaign, Ms Harris enlisted the help of Clarence Alderman Brendan Blomeley and started a community petition.

“There was wide-spread community support for action to be taken and in a matter of three weeks, without having to approach anyone to participate, we collected 279 signatures,” she said.

“Every person that signed the petition made a concerted effort to come into my business to sign, having heard of it through minimal promotion.”

At the following meeting, Alderman Brendan Blomely successfully moved a motion calling for a strategic review of the current traffic flow and pedestrian interactions in and around Bellerive Village with a specific focus on pedestrian safety and traffic management.

“It is fantastic to see positive community campaigning in action,” Alderman Blomeley said.

Sophie and her wonderful team at Cabbages Flower Shop have been the driving force to improve pedestrian safety in Bellerive Village and I was delighted Council supported the motion to take action to address this genuine safety concern.” 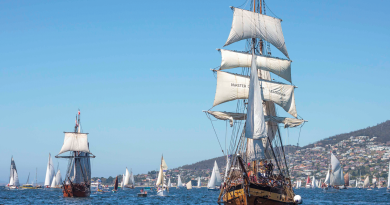 Parade of Sail on River Derwent

City of Clarence Eisteddfod tunes up for 50 years 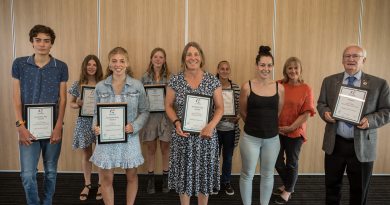 CALL FOR NOMINATIONS FOR THOSE MAKING CLARENCE A BRIGHTER PLACE