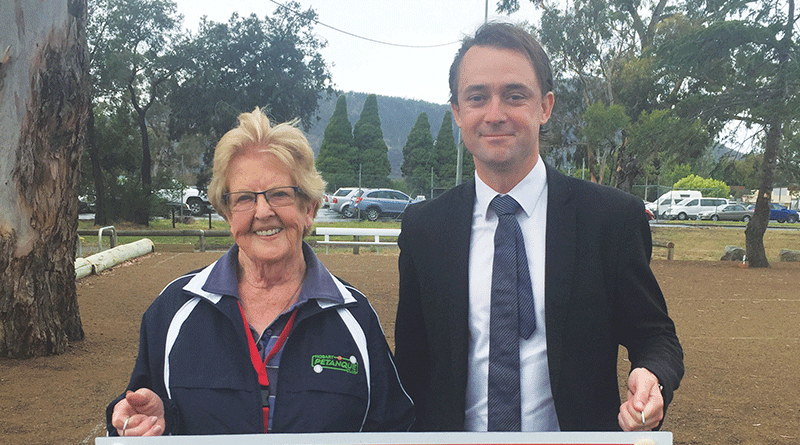 THE French sport of petanque has a footprint in Tasmania thanks to a few local aficionados of the game.

Persistent players can make a piste. Here’s the history.

The game of petanque travelled around 17,000 kilometres to get to Hobart.

Hobart Petanque Club was the first official club developed in Tasmania, but the idea was germinated in New Caledonia.

A group of friends who played the game when travelling were impressed by the seeming simplicity of the sport – which belies the complexity of skill that top players develop.

They introduced it to friends in Tasmania and for several years, they enjoyed the odd social game around Hobart.

Interest grew and the idea of a club was floated, with Hobart Petanque Club inaugurated on 8 September 1996.

By 1998, there were 20 members and president Peter Rose and his committee worked with the Hobart City Council to develop a terrain for these stalwarts of the game at Long Beach, Sandy Bay.

Given the sport’s French origin, funding was gained through a cultural grant.

In 1999, the 20×20-metre terrain became the permanent home of the club and growth quickly ramped up.

In 2000, a Tasmanian team travelled to Avoca to learn and develop their skills through competitive play.

By 2004, the club was strong enough to form a Tasmanian team to compete in a national championship in Adelaide.

In the same year, in conjunction with the Hobart City Council and the Department of Sport and Recreation – who contributed $3000 and $5000 respectively, with an additional $2000 from Hobart Petanque Club – the terrain was extended to its current size of 52×20 metres.

The extension put the club in a position to be able to host interstate competitions.

Part of the charter of the club has always been to develop the sport and opportunities for other terrains are constantly under exploration.

Glenorchy City Council was open to discussion, so a group formed to look at options.

This took some time and without the experience of Peter Rose and the perseverance and enthusiasm of long-term resident Colleen Underwood, the project may well have been shelved.

The current site near Cadburys was finally agreed upon.

In April 2015, a submission for funding through the Department of Sport and Recreation was successful and the work on the development commenced, culminating in a lease agreement on 1 July.

Initially, the group was run under the umbrella of the Hobart Petanque Club to provide financial and administrative support until the numbers grew to a sustainable level.

Hobart Petanque Club now has 88 members and after two and a half years of supporting the Claremont group, the decision was made to relinquish the lease and a new club has unfurled its wings.

Hobart Petanque Club is proud of this achievement and is grateful to Glenorchy City Council for its continuing support.

We wish the new club all the best for its future development and hope to see more clubs, more terrains, and more players moving forward.

Caption: Committee member Colleen Underwood and local member for Denison Scott Bacon at the official opening of the Claremont Petanque Club in 2015. 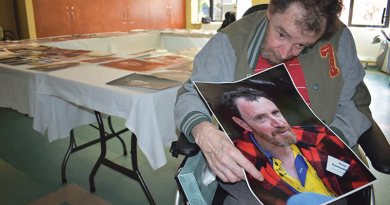 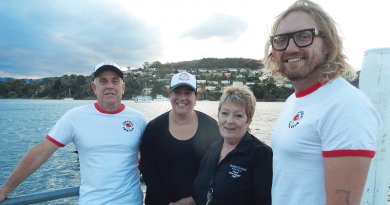 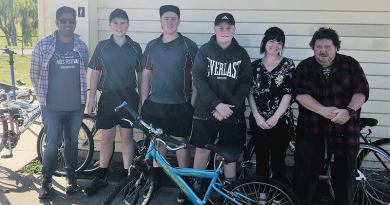