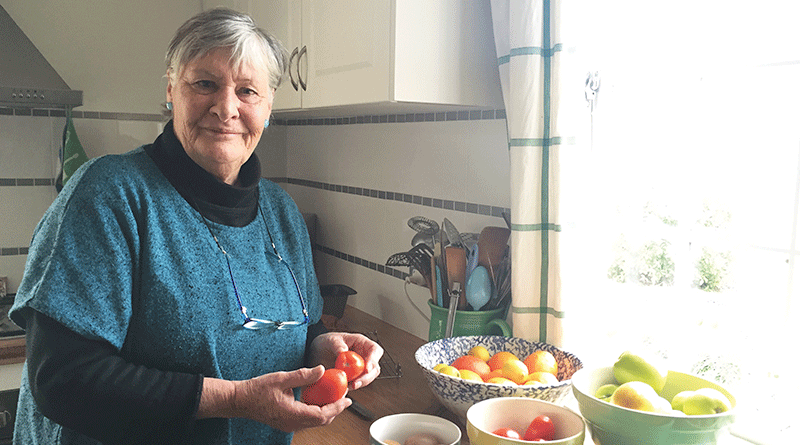 WHEN retired art teacher Carol Brill bought a dilapidated old church in 2004 with plans to convert it into a home, her friends and family thought she was mad.

“It was only in 2011, when I moved into the backyard shed for three months while the renovations were underway, that the penny finally dropped,” Carol said.

Built on a concrete slab before renovations commenced, the shed might bear a resemblance to a small country barn, but in reality, it is a fully plastered and insulated living unit.

“It has a bathroom and shower, a little corner for my bed and books, and – when I was living in it – the Internet, so it was the ideal nook from which to plot my grand design,” Carol said.

Set on more than 4000 square metres of land in Old Beach, Carol’s quaint 1853 chapel was, over three months, carefully converted from an empty hall into a home, without altering any of its heritage-listed exterior details.

“The low ceiling of the former church and the cross beams were removed. And the resulting gable was re-lined to allow space for a mezzanine level,” Carol said.

“But the traditional arched windows, original timber doors and floors, and the burial ground adjacent to the chapel remain untouched.

“I had worked out a plan in my head, and even with limited funds, I managed to do it, and I’m really pleased with it.”

However, despite seeing her dream home come slowly into fruition, Carol said she had become accustomed to life “not always going according to plan.”

The 68-year-old was diagnosed with bowel cancer in 1999 and had her last round of post-surgery chemotherapy in 2001.

She was declared cancer-free seven years later in 2008, when she resumed donating blood at the Red Cross.

But one day in 2013, the DIY enthusiast was lifting a large rock near her front gate when she felt an unmistakeable twinge in her neck.

Soon after, her fingers started to tingle and become numb.

“I couldn’t grip a thing,” Carol said. “I’m a strong woman, but the neck pain was agonising, and I couldn’t even hold a pencil to sign my name, let alone do anything physical.

“But I could use the Internet – with one finger at least. It kept me sane!

“I had to do something, so I found the phone number for Arthritis Tasmania and rang them. A person, aptly named Hope, answered the line.

“Hope told me what I already knew, that I needed help – community care and assistance with showering and dressing, and getting around the place.

“She arranged for an organisation called Community Based Support (CBS) to come and see me.

“Within a few weeks, a CBS coordinator helped me organise a support plan; I signed up for Meals on Wheels and, after a series of tests, I was told I had a condition called ankylosing spondylitis, a form of spinal arthritis.

“Fortunately, I was able to do my shopping online, and LINC delivered library books to my home.

“I had no idea there was so much help out there, and I’m eternally grateful to CBS and Arthritis Tasmania for helping me out in my time of need.”

An independent, not-for-profit organisation, CBS provides quality in-home care, along with centre-based and community-based personal support, for frail and older people and individuals with a disability, as well as respite for carers.

Following an initial assessment of her eligibility, priority and support needs, Carol was referred to CBS for some social support.

Funded by the Commonwealth and Tasmanian Home and Community Care Programs, social support covers individual activities such as visiting family and friends, bill paying and shopping.

As she worked to regain her physical strength and mobility, Carol also qualified for additional services delivered by a CBS support worker, including Personal Care.

“I used to run around town a lot and drive my car everywhere, but I have literally ‘lost my nerve’ to do so,” Carol said.

“My anxiety can be crippling, and there are days that are darker than others, but CBS has been superb and its carers are brilliant.”

Carol was receiving regular social visits from a CBS support worker until earlier this year, when she sustained another injury, this time, in her lower spine.

“I had a CBS worker come by every day, including weekends, until I was better and confident enough to stand on my own two feet again,” she said.

“I now no longer need a walking aid, which I have CBS to thank for, but I still need help walking outside the house – I get nervous, especially on downhill slopes where I could easily slip and fall.”

Recently, Ms Brill drove her car to the shops at Bridgewater – and back again – a fear she said she was proud to conquer, if only briefly.

Today, her current care plan involves a once-a-week, two-hour visit from CBS support worker Michelle who drives her to the shops and to her appointments.

“It’s a pleasure being in her company and we laugh a lot – it’s a lot of fun for both of us,” she said.

Passionate about the state’s colonial past, Carol enjoys sharing a website dedicated to Tasmanian family history with another local historian.

She also edits historical newspapers on Trove, the historic newspaper website of the National Library of Australia, and was recently invited to give a talk at the Bridgewater School for Seniors (LINC) about the restoration of the Old Beach Chapel, and the history of the local area.

“Eventually, I would love to write my own book on the subject, but for now, my main focus in life is not falling over again,” Carol said.

“I’ve broken both ankles in the past and last year I broke my toe, but as long as I stay grounded – in all meanings of the word – then that is all I can ask for.”

For more information about Community Based Support and the services provided phone 6208 6600 or visit www.cbsaust.org.au 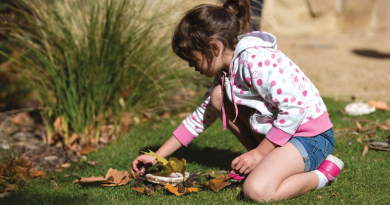 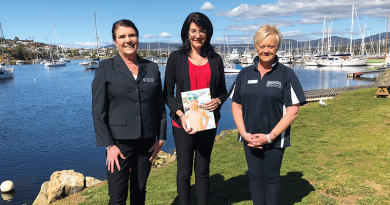 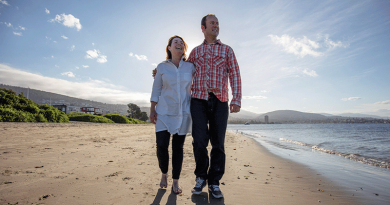 The higher road to happiness