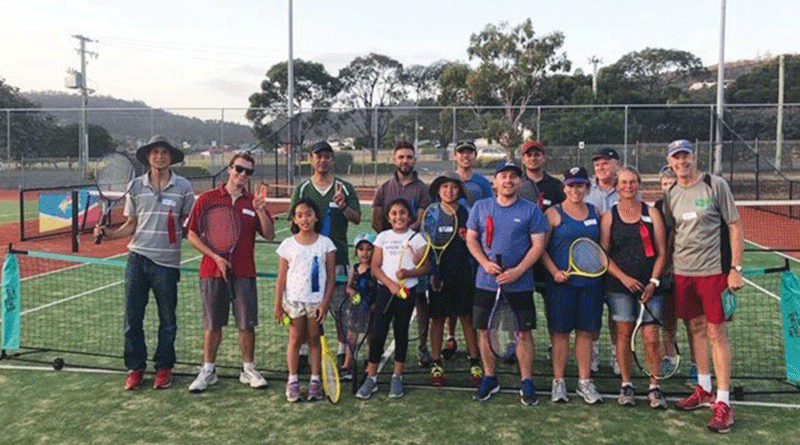 TENNIS Australia’s Open Court Sessions have proved a hit at the Sunshine Tennis Club, with more adults getting on the court and involved in tennis.

The Open Court Sessions launched nationwide during the Australian Open and is designed to bring more players into tennis.

“The key aim is to motivate people to come back to tennis if they’ve stopped playing or encourage those who might think it would be fun to have a hit of tennis under fun, easy conditions,” Sunshine Tennis Club president and on-court Open Court Sessions host Sean Kelly said.

“It’s a social activity with people running around hitting the ball and having fun.

“The sessions are accompanied with some up-to-date music and afterwards, they all gather in the club house to eat and drink, put on by our loyal band of Sunshine Tennis Club volunteers.”

Mr Kelly said players were taught a number of skills by participating in a range of activities that put a spin on the traditional game such as triples, quadruples and games with a slower ball.

“They learn how to move towards the ball, hit the ball over the net, the skills of serving and returning the ball back, as well as learn about teamwork by playing doubles and triples,” he said.

“The idea is to advance from a very slow ball with a small net to a normal speed ball with a normal tennis net playing doubles, triples or quadruples.”

Mr Kelly believed these sessions could lead into a new organised tennis group for people to bring friends and families along to enjoy the game.

“They love the speed in which the game is played and there’s lots of laughing and lots of fun,” he said.

“We’re finding people are actually joining the tennis club and coming to one of our organised tennis groups.”

The cost is $10 and includes 50 minutes of fun, modified tennis games followed by a social barbecue and drinks. 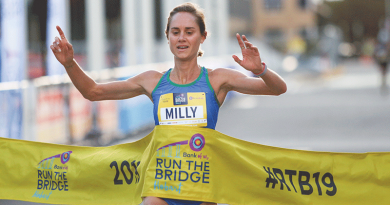 Breaking records at Run the Bridge 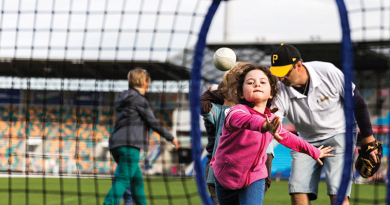 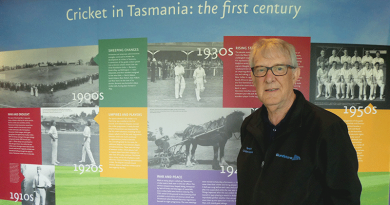