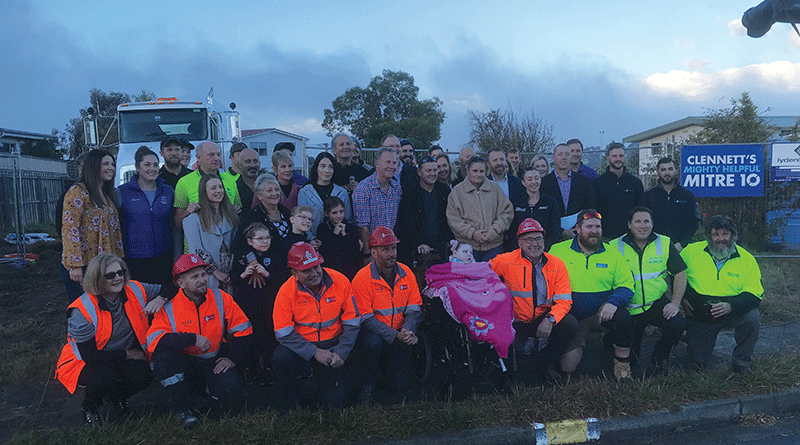 THE Tasmanian Government has teamed up with Lyden Builders and Triple M’s Give Me 5 For Kids (GM5FK) to deliver much needed support for a young girl living with a severe disability and her family.

Five-year-old Skylar Blyth suffers from spastic quadriplegia cerebral palsy and the custom-build of a charity house specifically designed to meet her needs will help make her and her family’s life easier.

“Skylar requires full-time care and requires wheelchair accessibility, hoists and large storage spaces for her physio equipment – the house will provide all of that,” figurehead of GM5FK and Triple M Hobart Breakfast host Dave Noonan said.

“To have a purpose-built house will hopefully ease a little bit of the daily burden Skylar and her family face each day.”

Skylar’s mother Sarah Myrwoda said the house would be life-changing for Skylar and the whole family.

“I was crying when I found out what was happening, this will change our lives,” she said.

“Skylar’s brothers and sisters are already fighting over who gets what bedroom.”

The GM5FK house project is being built in Banjorrah Street in Howrah by Lyden Builders, with more than 100 local Hobart businesses and individuals having donated resources to allow the proceeds to go to GM5FK.

This is the fourth GM5FK house build.

“Everything about the house is donated, from trusses, to concrete, to windows, to plaster,” Mr Noonan said.

“The generosity of the building community blows us away each and every year that we do this project and it enables us to raise huge amounts of money for the Royal Hobart Hospital.”

GM5FK raises money for the Children’s Ward at the Royal Hobart Hospital to help provide equipment to ensure the best treatment for children is provided.

“When you have a child, you want everything to be perfect, but it’s often not the case, so when that horrible moment comes we want to ensure our hospital has the best possible services and equipment available for our sick kids,” Mr Noonan said.

“Quite often there’s vital equipment that needs to be replaced or updated, or new technologies available that aren’t in the scope of the hospital’s budgets to purchase – that’s where we come in.

“GM5FK has purchased specific paediatric surgical equipment, resuscitation cots, foetal monitoring scanners, ventilators and incubators – all live-saving and so important for Hobart to have access to when our kids are in need.”

Lyden Builders owner Andrew Lyden said the build would make an “enormous difference” in Skylar’s life and would cater fully to her disabilities.

“We’re determined to finish it by Christmas so Skylar can spend Christmas in a new home,” he said.

Eastern Shore company Lyden Builders has done a number of charity houses for GM5FK, but this one has a special meaning for Mr Lyden following a tragic accident in New York last year when his daughter Madison lost her life.

Mr Lyden said he wanted to honour Madison’s memory on behalf of her family by naming the house after her.

“Madison was very proud of the fact that she was able to get herself involved with the houses in the past and by continuing to do them in her name, we will continue to honour her name,” he said.

“We just want to make sure we do good to represent our daughter’s legacy.”

Caption: The Give Me 5 For Kids crew with supporting partners at the launch of the charity house build. 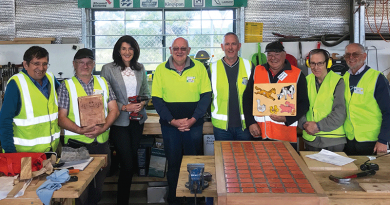 Hammering down at Howrah Men’s Shed 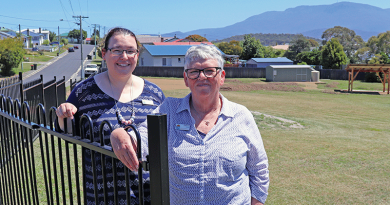 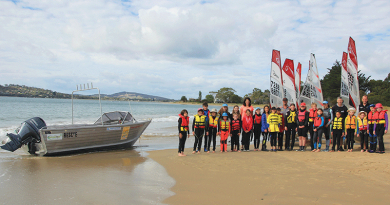 Ready for the rescue