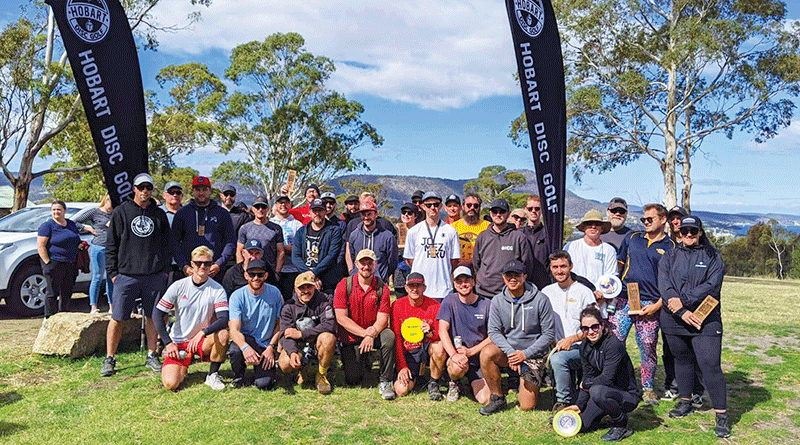 NEARLY 50 players from around Australia travelled to Hobart to compete in the Two Heads Open, the fourth major on the annual disc golf calendar.

The tournament, which also doubled as the Tasmanian State Championship, was held on 14 March at the Poimena Reserve Disc Golf Course in Austins Ferry – Australia’s oldest course.

Husband and wife duo Jarrath and Cassie Sweeten, from Geelong in Victoria, won the men and women’s pro divisions respectively over the two days of competition, while the Tasmanian State Championship was won by Steven Wright.

“Since I was a little kid I’ve been fascinated by discs (frisbees) and how they fly – there are so many cool ways you can make frisbees fly,” Mr Wright, who started playing disc golf in 2015, said.

“I’ve played ultimate frisbee since high school, so it was an easy step to take to get involved in another frisbee sport.”

Mr Wright has previously competed in two national championships and a handful of state championships, with his first tournament win coming from the Beetle Hill Open in January.

“Disc golf is a fun and accessible activity for people of all ages,” Mr Wright said.

“It’s also a great way of getting out and having fun with friends while also getting some good exercise.”

“The rules and terminology are very similar, but instead of using a stick and ball, players are throwing discs,” he said.

“You’ve got to complete a hole by throwing the disc into chains hanging off a metal basket.”

Mr Mundy-Castle said Poimena Disc Golf Course had developed a global reputation as one of the top courses in the sport since its installation in 1985, with many elite players drawn to events there every year.

“Poimena is well known around the country as one of the toughest courses in Australia and that’s one of the reasons we’re getting a good turn out from interstate,” he said.

“It’s incredibly hilly and because a disc is round it causes a lot of roll-aways, so it’s very challenging for players – there’s not an easy hole on the course.”

Hobart Disc Golf, which was formed in 2019, has about 30 members, with the club looking for more opportunities to expand the sport in Tasmania through its monthly league days on the first Sunday of each month and a potential new course at Lauderdale.

Caption: People from around Australia travelled to Hobart to compete in the Two Heads Open at the Poimena Reserve Disc Golf Course in Austins Ferry. 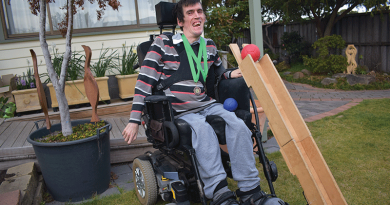 Heroic Heath shows nothing is impossible 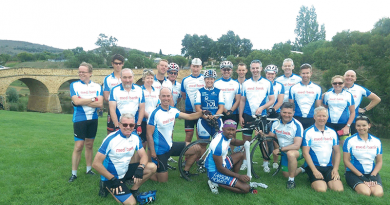 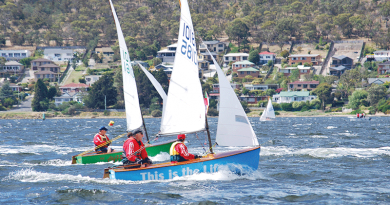