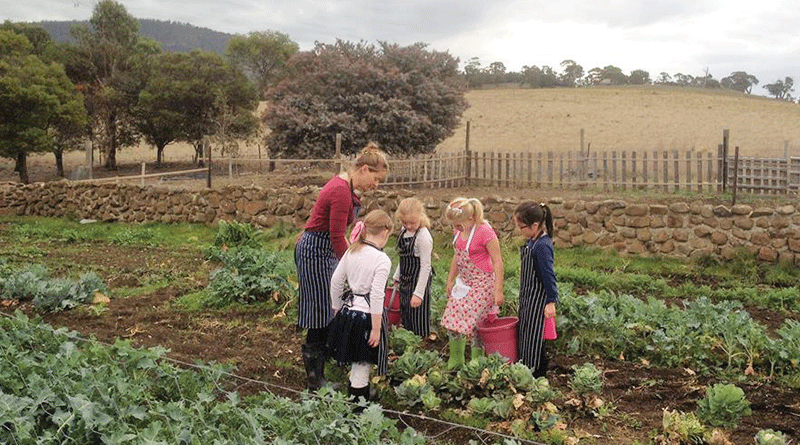 A DELICIOUS array of pizza-oven baked food and good company marked the one-year anniversary of the Chefaholic Cooking School at Cambridge.

Run by internationally travelled and awarded chef Stephen Lunn with the help of his partner, Louise, the culinary school offers professional cooking classes in a rural setting, using only local and homegrown produce.

Mr Lunn, who teaches VET hospitality at Guilford Young College, said the past 12-months had been a mix of “hard work and rewarding experiences.”

“We have met so many lovely people who have come through to participate in our adult and children’s cooking classes,” he said.

“We have taught our students about using fresh produce, making ‘healthy’ taste good and achieving great results with dishes they never thought they’d be able to cook.”

In its first year of operation, Chefaholic Cooking School has held dinner parties for local charities, installed a pizza oven using recycled materials and delivered a “Kids in the Kitchen” program at the Taste of Tasmania.

The school has also expanded its options for children with a “Kids Progressive Cooking Class” and an “Around the World” experience, which educates children on cuisines from different countries.

Mr Lunn said one of the biggest highlights was hosting a function for the Australian Culinary Federation in March this year.

“Sixty of the best chefs from around Australia came to the school for a relaxed evening of slow-cooked meats and fresh salads and veggies,” he said.

“In June, we were also lucky enough to have a visit from three internationally renowned Thai chefs who were in Tasmania giving master classes to more than 300 chefs and students.

“It was nice to be able to cook fresh Tasmanian produce for them and showcase some of the amazing foods we have on offer here on our doorstep.”

Mr Lunn said the school was “ticking along nicely” and he hoped to continue its current success.

“We want to continue to give people a memorable culinary experience with the ability to re-produce what they have learnt here at home,” he said.

For more information about Chefaholic Cooking School or to make a booking, go to www.chefaholiccookingschool.com or visit the Facebook page at www.facebook.com/chefaholic.cooking.school.

Caption: The Chefaholic Cooking School at Cambridge has enjoyed a successful first-year of operation, with an ever-expanding cooking program for children among its popular offerings. 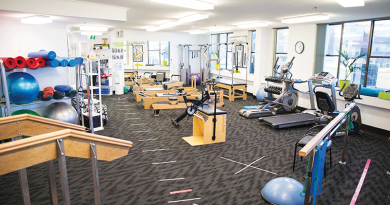 Healthcare as easy as one, two, three 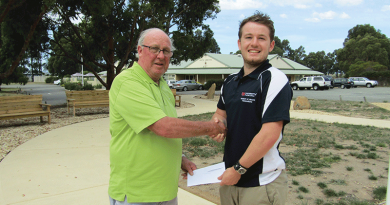 Paramedic student on fast-track to success 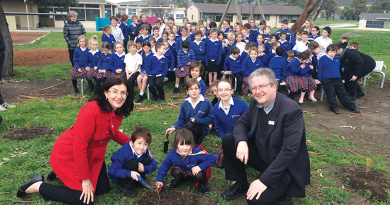